What is a Lung (Pulmonary Nodule)?

Lung (pulmonary) nodules refers to a small round or oval shaped abnormal growth in the lungs. They are ofen referred to as “spot on lung” in common language. A pulmonary nodule is smaller than three centimetres (around 1.2 inches) in diameter. If the growth is larger than that, it is called a pulmonary mass and is more likely to represent a cancer than a nodule. 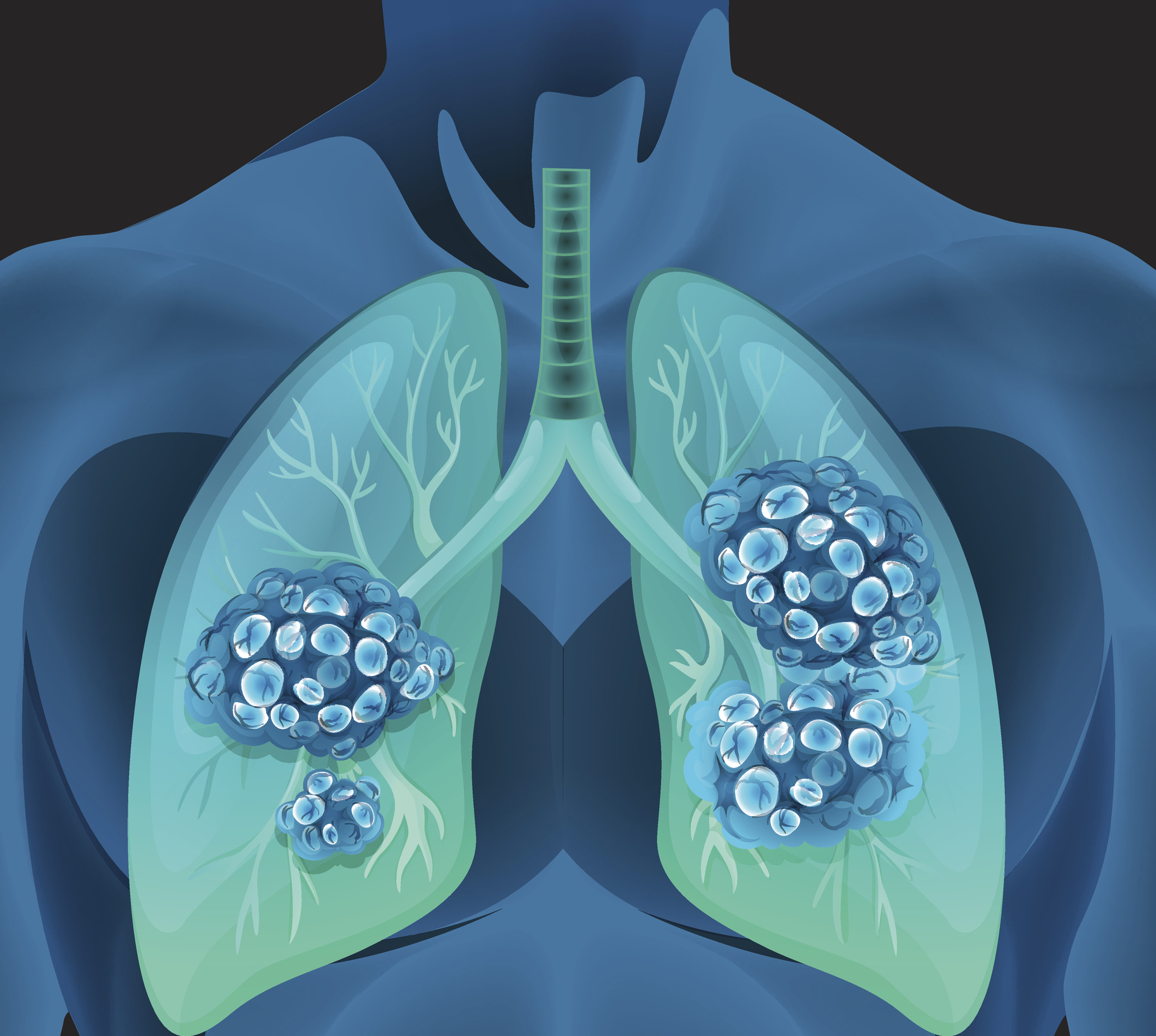 How common are pulmonary nodules?

Lung nodules are quite common and may are discovered on chest x-rays and CT scans. A significant majority of them are non-cancerous (Benign). A solitary pulmonary nodule is found on up to 0.2% of all chest X-rays films. Lung nodules can be found on up to half of all lung CT scans. In the presence of history of smoking and in older age these nodules may higher chance of being a cancer.

Lung (Pulmonary) Nodules are of two main types of pulmonary nodules: malignant (cancerous) and benign (noncancerous). Over 90% of pulmonary nodules that are smaller than two centimetres in diameter are benign.
• Benign pulmonary are caused due to inflammation in the lung secondary to an infection or disease producing inflammation in the body.
o Infection include Tuberculosis and fungal infections such as aspergillosis, histoplasmosis, coccidiomycosis, and cryptococcosis.
o Noninfectious causes of benign inflammatory lung nodules—Sarcoidosis, Granulomatosis with polyangiitis (GPA) and Rheumatoid arthritis
o Tumours —Tumours neoplasms are abnormal growths that may be benign (no-cancerous) or malignant (Cancer).
o Types of benign neoplasms include:
 Fibroma (a lump of fibrous connective tissue)
 Hamartoma (an abnormal grouping of normal tissues)
 Neurofibroma (a lump made up of nerve tissue)
 Blastoma (a growth made up of immature cells)
• Malignant lung Nodules include:
o Lung cancer
o Lymphoma (a growth containing lymphoid tissue)
o Carcinoid (a small, slow-growing cancerous tumor)
o Sarcoma (a tumor consisting of connective tissue)
o Metastatic tumors (tumors that have spread to the lungs from cancer in another part of the body) 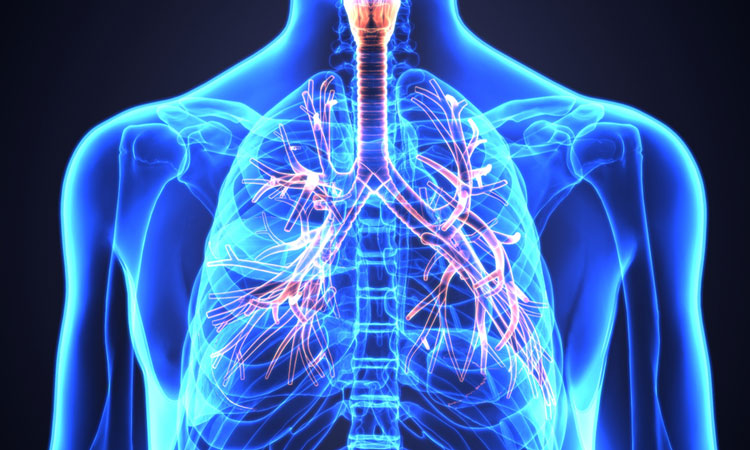 What are the symptoms of pulmonary nodules?

Majority of the lung nodules are asymptomatic and are detected on Chest xray being done for other purposes. If symptoms are presenet they are usually related to the condition that led to the nodule developing. In case pf Lung Cancer, the patient is often without symptoms but may have a new cough, or cough up blood. Most of the time, a patient is unaware that he or she has a lung nodule until a chest X-ray or computed tomography scan (CT scan) of the lungs is performed.

How is Lung Nodule Diagnosed?

The aim of the diagnostic tests is to rule out cancerous causes so that if cancerous they are identified early in their course, when they are curable.
Chest X-rays and CT scans: Usually, the first sign that a pulmonary nodule is present is a spot on the lung that shows up on a chest X-ray or a CT scan. These tests are usually done when a person sees the doctor for a respiratory illness.
A patient should bring any old chest xray or CT scan if available along with them for review to determine the growth rate of the nodule. In general, malignant nodules double in size every one to six months. Nodules with a slower or faster growth rate are less likely to be cancerous.
A CT scan may be required if not already done to obtain a more detailed image of the nodule. CT scans can give information about the specific features of the nodule, including its shape, size, location and internal density. CT scans are more accurate than chest x-rays in determining the nature of the nodule. A CT scan can find very small nodules, as small as 1-2 mm in diameter.
If the nodule is small enough or if its features suggest a very low likelihood that it represents a cancer, your doctor is likely to follow the nodule over time with repeated chest imaging. If the nodule does not grow over time, it is confirmed to be benign. In cases where the growth rate of the nodule is concerning additional evaluation may be required. The interval between scans and the length of follow-up depends on the size of the nodule and the risk of malignancy.

Positron emission tomography (PET): A PET scan can also help to find out if a nodule is malignant or benign. Nodules can light up on PET imaging if they are malignant or if there is active inflammation. We have to be careful with the PET scan interpretation when someone has nodules smaller than 8-10 mm because they are not seen well by PET imaging. 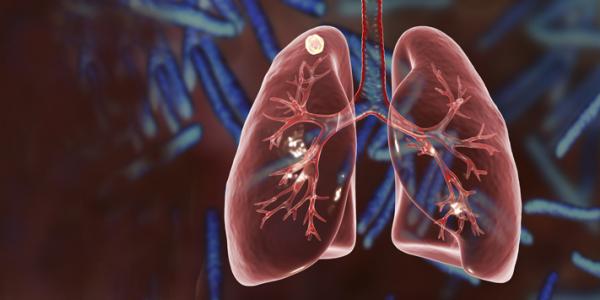 Biopsy: A biopsy is a procedure in which a small tissue sample is removed from the nodule so it can be examined under a microscope. It may be performed when other tests are inconclusive to rule out the chance that a growth is malignant.
Biopsy can be done using several methods depending on the size and location of the nodule.
Bronchoscopy: This procedure is used if it appears the nodule can be reached through the breathing tubes. It uses a bronchoscope, which is a thin, lighted flexible tube that can be inserted into the mouth or nose and through the windpipe (trachea) into the bronchus (airway) of the lung. The bronchoscope has a very small camera at its end. Biopsy tools can be passed through the camera to reach the nodule.
Needle biopsy (also known as transthoracic needle aspiration): This test is most successful when the nodule is towards the edge of the lung, near the chest wall. A needle is inserted through the chest wall and into the nodule, usually under the guidance of a CT scan.
Surgical biopsy: In cases where the risk of malignancy is high and the nature of the nodule able to be clarified by the above tests, the best step may be to remove the nodule. This will clarify its nature while treating it. This requires the patient be fit enough to undergo the surgery. Most such surgeries can be done by Thoracoscopy (VATS) Lung nodule biopsy.

How are pulmonary nodules treated?

If the pulmonary nodule is benign, small in size, the treatment is usually conservative and would be based on the condition identified and the symptoms that are present.
If on the other hand the nodule is malignant arising primarily from lung (i.e. Lung Cancer), further investigation to rule out spread of cancer is done. And if there does not appear to be any spread of the cancer, and the patient is fit, then the cancer should be surgically removed. If a non-surgical biopsy of a nodule with high concern for malignancy is done and the results are inconclusive, it is recommended that the nodule be taken out.

Surgical techniques to take out pulmonary nodules include:

Thoracotomy(Open): This procedure is considered open lung surgery. A cut is made in the wall of the chest in order to remove pieces of diseased lung tissue. Patients usually have to remain in the hospital for a few days after the operation. The mortality risk is low. When possible, a mini-thoracotomy that is less invasive may be performed
Video-Assisted Thoracoscopy: This procedure uses a thoracoscope, a flexible tube with a miniature camera on its end. The thoracoscope is inserted through a small cut into the chest wall. The camera allows the surgeon to view an image of the nodule on a television screen. This technique requires a smaller cut and a shorter recovery time than a thoracotomy does.