If air escapes from the lung or gets sucked in through the chest wall, it accumulates between the two pleural layers that is in the pleural cavity and when it builds up significantly it leads to lung collapse or Pneumothorax. 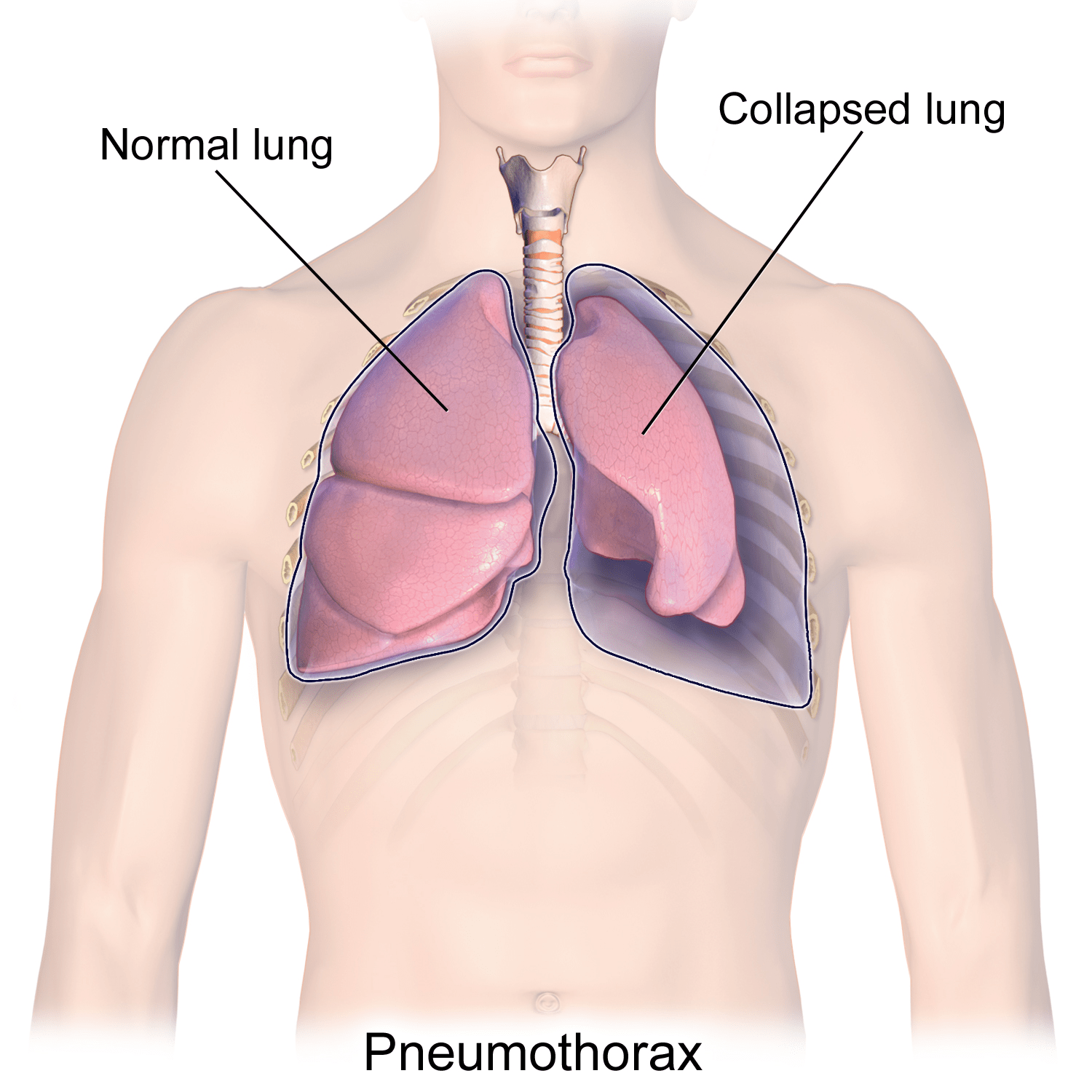 What are the causes of Pneumothorax?

Primary Spontaneous Pneumothorax
Sometimes pneumothorax can happen for no apparent reason in individuals who have otherwise healthy lungs with no underlying lung disease. This is known as Primary Spontaneous Pneumothorax. This is usually caused by Small, abnormal air sacs or balloon like outpouchings on the lung surface known as Sub Pleural Blebs which rupture thereby releasing air into the pleural cavity leading to collapsed lung or Pneumothorax.
It's most common in tall, thin men between the ages of 20 and 40 and smokers.

Pneumothorax due to Trauma / Injury
A penetrating injury, such as a knife or gunshot wound or a Blunt trauma from a fall or car accident can also lead to pneumothorax. 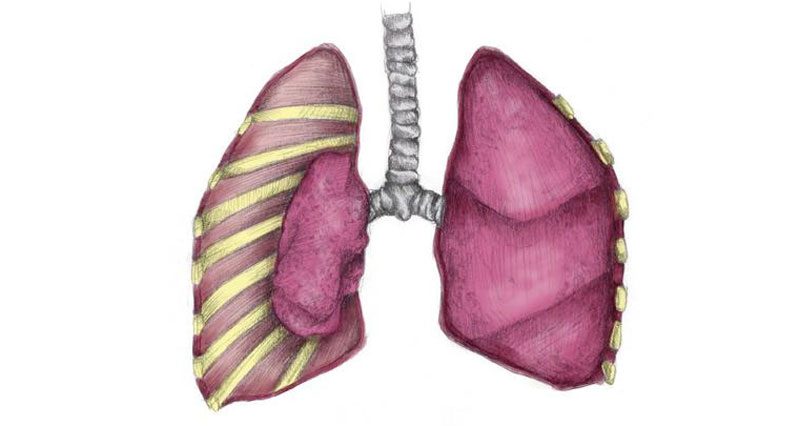 Tension Pneumothorax
In certain cases of pneumothorax air can go into the pleural cavity but not move ot which leads to accumulation of air within the pleural cavity under extreme pressure. This can cause the lung to collapse completely and pushes the heart and the major blood vessels to opposite side thereby decreasing the blood return to heart causing a life threatening and potentially fatal condition called Tension Pneumothorax. It is an absolute emergency that requires immediate intervention to save life. It is more common in patients with penetrating chest trauma (Gun shot or stab injuries).

What are the symptoms and diagnosis of collapsed lung? 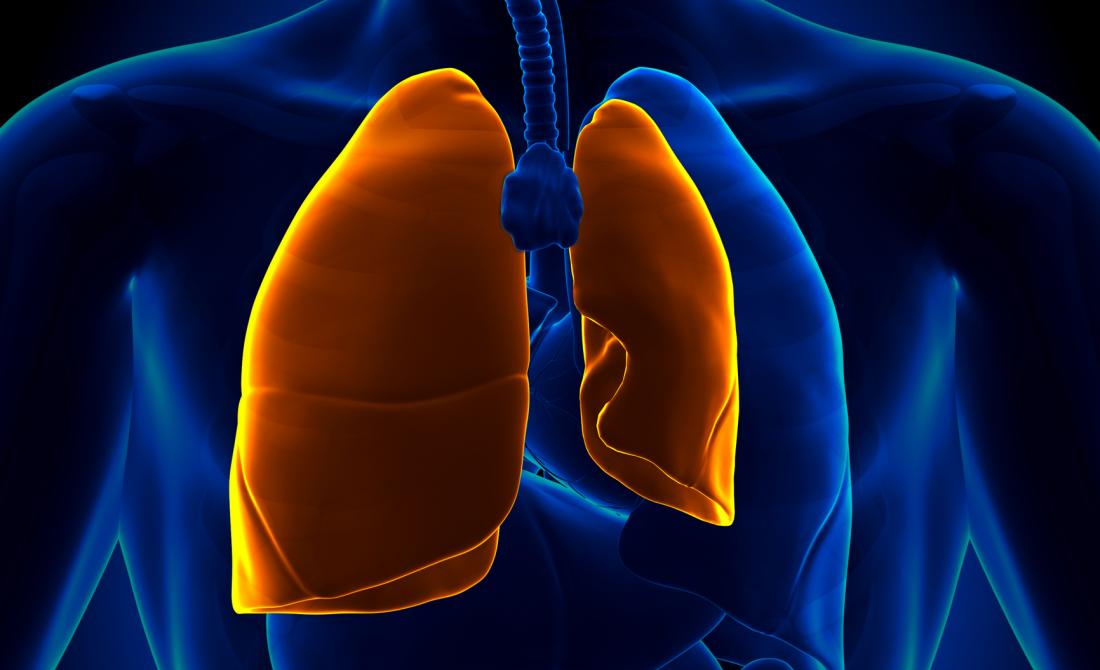 The diagnosis of Pneumothorax is suspected based of the patient’s history and physical examination. It is suspected when a patient develops sudden shortness of breath or chest pain, especially if there is a history of trauma to the chest. A detailed clinical examination including measurement of vital signs (temperature, pulse, breath rate, blood pressure) and respiratory system examination is done. The following signs can indicate that you have a collapsed lung:

A chest X-ray is the best way to confirm that you have a collapsed lung. The X-ray will show the collapsed lung as a dark area in the chest.

A computed tomography (CT) scan may be needed to find a small collapsed area of a lung or for people with extensive lung disease.

How is collapsed lung treated?

The treatment of pneumothorax depends on the size of pneumothorax and the clinical severity of the condition. The aim of the treatment is to aid in removal of air from the pleural cavity and help the lung to expand completely with no residual space.

Observation:
In cases where the pneumothorax is very small and the patients is stable with minimal or no symptoms, the condition can be observed and the lung may re-inflate on its own. However this is usually done in hospital settings with the patient admitted and closely monitored for development of any signs of respiratory or cardiac problems.

Supplemental oxygen:
If the pneumothorax is very small, the patient may only require supplemental oxygen. Oxygen helps in resorption of air in the pleural cavity via blood. Patients should be observed to see whether their condition remains stable. Additional chest X-rays might be taken during that period.

Needle aspiration:
Air inside the pleural cavity may be sucked out using a needle attached to a syringe which is inserted into the chest cavity by specialist doctors.

` Chest tube drainage:
In patients with a large pneumothorax or those having troubled breathing or fall in the vital signs a small plastic tube is inserted into the pleural space to remove air. This is called Intercostal Chest Tube Drainage (ICTD). The tube helps in removing the air from the pleural cavity thereby aiding in lung expansion. By far this is the most common method of treating pneumothorax in our country. Ultrasound or other imaging methods may be used to guide the placement of the chest tube. 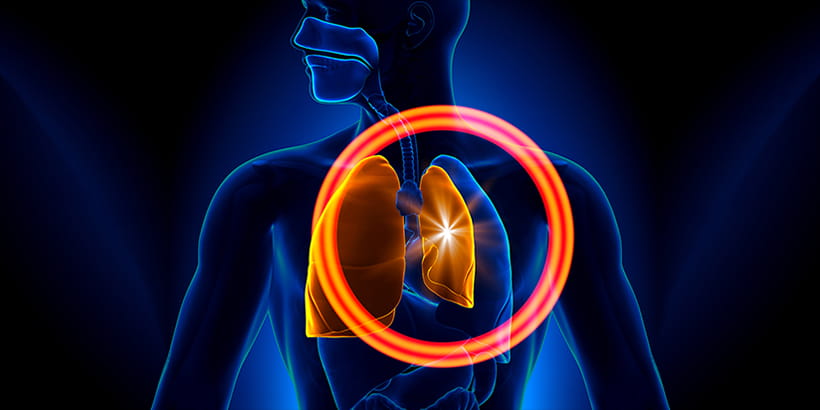 Video-assisted thoracoscopic surgery (VATS):
Surgery may be required in some patients who do not respond to above mentioned modalities or if the there is persistent air leak or if the pneumothorax has recurred more than twice and in rare cases of pneumothorax occurring on both sides. In most cases surgery wherever feasible and in appropriately selected patients is the treatment modality with lowest rates of recurrence and therefore offer definitive treatment in many cases. Mostly such surgery can be performed through small (key-hole) incisions by Thoracoscopy/VATS. It involves the removal of a small portion lung containing the Bleb/Bulla (balloon like outpouchings). Often a procedure to cause permanent apposition of the lungs to the chest wall known as pleurodesis is added along with the procedure. This is done using a piece of dry gauze or prolene mesh to roughen the pleural membrane that promotes attachment of the lung to under surface of chest wall. This is known as Mechanical Pleurodesis.
For more about Thoracoscopic Surgery/VATS click here.

Chemical pleurodesis:
This procedure involves introducing a chemical irritant into the pleural space in order to attach the outside of the lung to the chest cavity. It is performed to prevent the lung from collapsing again. This can be done through chest tube or by VATS / Thoracoscopy.

What are the preventions of Pneumothorax?

How can Pneumothorax be prevented?
There is no way to prevent a collapsed lung, although the risk of its recurrence may be reduced. In case a person develops spontaneous pneumothorax there is fair possibility of its recurring within 2 years.
One can reduce the chances of recurrence to some extent by:

Stop smoking
Air Travel should be avoided for at least one week after the complete resolution of pneumothorax which has been confirmed on chest x-ray.
Deep sea diving should be discouraged in patients who are prone to pneumothorax unless a definitive management in the form of surgery has been done and the doctor has cleared for such activities.